Rudolf Diesel: The man behind the name 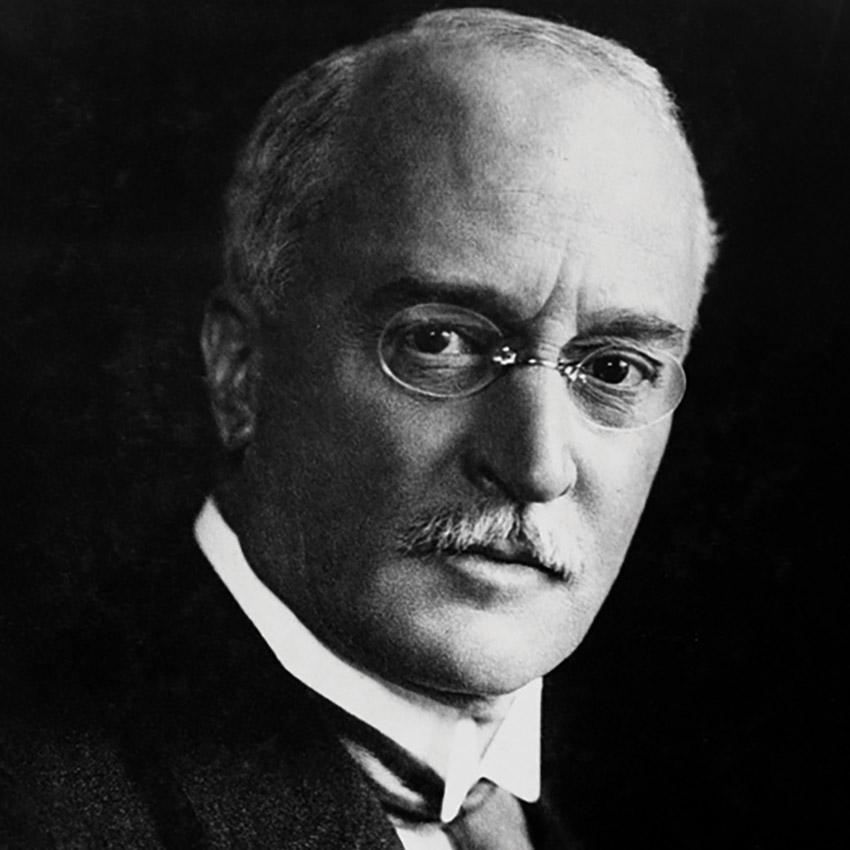 Not many people are aware that diesel, the fuel that we use every day across the world, is named after a real person: the inventor of the original diesel engine, Rudolf Diesel. This piece of trivia is not as interesting as the man himself, however.

Born in France to Bavarian parents, Rudolf Christian Karl Diesel was moved to England after the outbreak of the Franco-German war and lived there for a time, until moving to Germany to study engineering.

Upon finding work as a refrigerator engineer in France, he returned to a personal passion of his - the design of new motors using the latest innovations and experiments in engineering technology. This passion wasn’t just a scientific one, though. He saw that making expensive engines cheaper and more accessible was a way to help farmers, small business owners and indeed everyone in all levels of society.

He didn’t go straight to what we know now as the diesel engine. In 1885, he set up a workshop to develop his ideas for new compression ignition engines based on the engineering principles he’d studied and new developments across the new and burgeoning industry. One of his first inventions was a solar-powered air engine, and he also experimented with a steam engine that used ammonia vapour as a fuel. The later exploded spectacularly during its development, almost killing him, and leaving him with permanent eye injuries and lingering health problems that lasted through his life.

It wasn’t until August of 1893, only a few scant years after the Karl Benz patented the motor car, that Diesel documented his initial design for a motor engine that was vastly more efficient than the existing steam engine. It would inject fuel into a chamber at the end of compression, which was then ignited by the resultant pressure.

This was a revolutionary concept and the first working version of the engine sputtered into life on February 17, 1897, boasting an efficiency of 26.2%, far greater than Steam’s 10%. No wonder, then that it soon became the standard from which other engine models were developed from.

As steam engines fell by the wayside, further refinements were made to the base diesel concept, extending its potential and functionality. Diesel’s initial prototype ran on peanut oil, but vegetable oil quickly became the standard fuel until the relatively recent development of what is commonly known today as diesel fuel - an oil by-product of petroleum manufacturing, chosen mostly because it was safer to store and transport.

Diesel engines initially found favour in agricultural and transport industries, where their considerable weight was offset by the increased power afforded the vehicles they propelled. No surprise then, that early attempts to use diesel engines in aircraft met with limited success. As new generators of engineers attempted to push the concept towards lighter, more efficient models, Diesel himself grew increasingly distant from the industry, citing that new innovations moved away from the simplicity of the initial designs.

In September 1913, Diesel boarded a postal steamer headed to London. Some say that he was on the way to meet with British Royal Navy to discuss developing submarine engines for the military, some say that he was, despite the fortune in royalties he earned, effectively bankrupt and evading creditors. One thing is for sure: he was never seen alive again. A mysterious ending for a man who changed the world forever.

Tax time is here again and while we’re looking around for every discarded receipt and long-forgotten invoice to complete our paperwork, it’s worth looking back at the history of fuel taxation in...

Several news stories came out in May 2018 across popular outlets, such as ABC, The Conversation and the Sydney Morning Herald, about the status of Australia’s fuel supply. “Are we running out of...