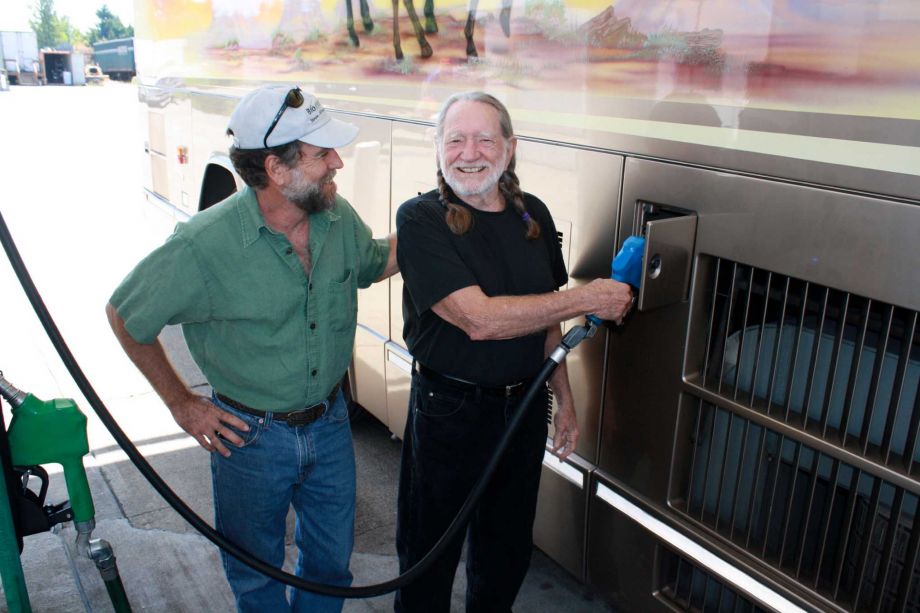 The story of BioWillie started in 2004 when Nelson’s wife bought a diesel car, which piqued the braided man’s interest. Being a long-time supporter of farmers around America, Nelson saw an opportunity for a new type of high quality diesel fuel that could lower the country’s reliance on overseas fuel sources. According to Nelson, “There is really no need going around starting wars over oil. We have it here at home. We have the necessary product the farmers can grow it."

His special blend of biodiesel was made from soybean and other vegetable oils, distilled into a formulation that can safely be used in diesel engines without any vehicle modifications. BioWillie was specially designed for bigger vehicles like trucks or his touring bus, which keeps him touring the country all around the year to sing to all the girls he loved before.

Within a few months Willie Nelson Biodiesel had two plants operating out of Oregon and Texas, although we’re not sure if he had Georgia on his mind while picking locations. Starting in 2012 BioWillie had a retail pump operating out of Maui, where he resides while enjoying nothing but blue skies.

Truck stops around the country stocked the product after Earth Biodiesel Inc picked up the distribution rights. However, usage of BioWillie declined sharply after the American Society of Testing and Materials declared that it needed to meet or exceed their fuel standards. Further hampering BioWillie’s reach were the standards imposed by the Sustainable Biodiesel Alliance, which closely monitors the quality of biodiesels sold in the country.

Willie Nelson now spends most of his time concentrating on his music and other causes, but for a brief period he was right up there with the other big players in the diesel fuel world, and helping people get back on the road again.